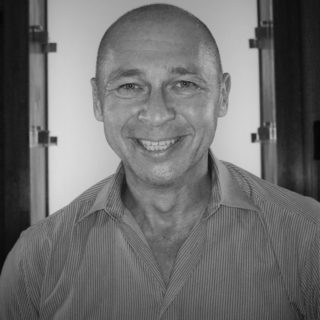 Tim Ash is an acknowledged authority on evolutionary psychology and digital marketing. He is a sought-after international keynote speaker, and the bestselling author of Unleash Your Primal Brain and Landing Page Optimization (with over 50,000 copies sold worldwide and translated into six languages).

For nineteen years he was the co-founder and CEO of SiteTuners – a strategic digital optimization agency. Tim has developed deep expertise in user-centered design, persuasion, understanding consumer behavior, neuromarketing, and landing page testing. In the mid-1990s he became one of the early pioneers in the discipline of website conversion rate optimization (CRO).

He was the founding chair of the international Digital Growth Unleashed event series (with over 30 conferences in the US and Europe since 2010). Since 1995, he has authored more than 100 published articles. Tim was also the online voice of website improvement as the host of the Landing Page Optimization Podcast on WebmasterRadio.fm (over 130 recorded interview episodes with top online marketing experts).

Originally born in Russia, Tim has been a long-time resident of San Diego, where he lives with his wife and two children within walking distance of the Pacific Ocean. Tim was a conference-winning collegiate sabre fencer and Athlete of the Month at U.C. San Diego, and is a certified Tai Chi Chuan martial arts instructor. He is a poet, painter, and an avid photographer specializing in travel and fine-art figurative work.

Drop a rock. It falls and hits the ground.

Once you understand brain evolution, many of our decisions will become easily predictable. To a scary degree, we are walking robots with knee-jerk responses, and not the rational geniuses with free will that we like to imagine.

What if you understood how the brain really makes decisions, and could consistently influence it? In this dynamic keynote, bestselling author and neuromarketing expert Tim Ash will teach you key strategies for influencing the primitive and irrational parts of the brain that are really in charge of our actions.  You’ll learn how to tap powerful universal motivations and automatic responses to deliver your marketing message on-target every time.

Walk away with a new perspective on the brain, and several durable and practical strategies for ethically influencing your audience.

Are you ready to be inspired?

Only an illogical person would miss this session…